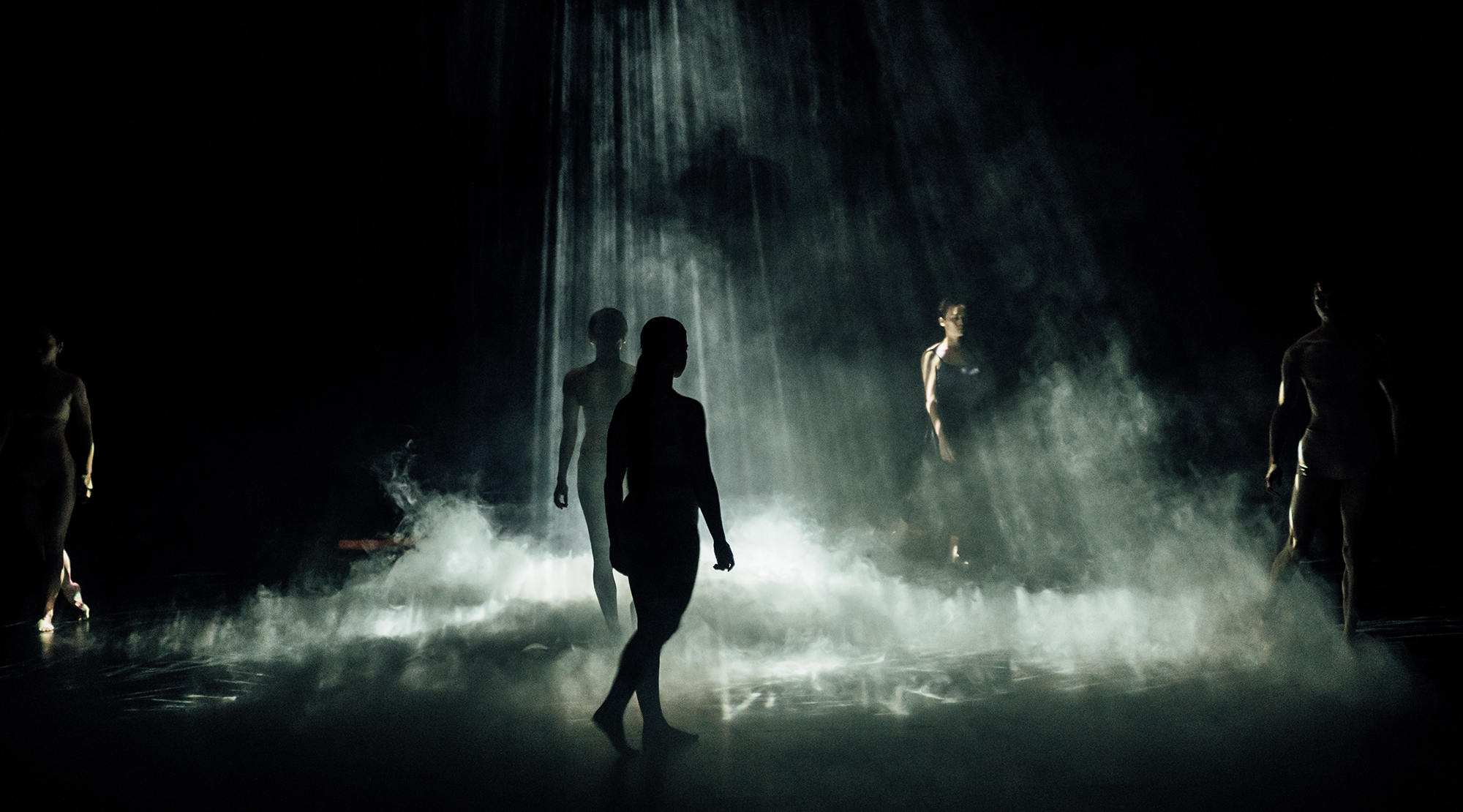 How does one prepare so that s/he may come to terms with the death of a loved one?
Death is like a lake, in which one always looks toward the bottom, imagining a place where the soul wanders. Death is also like a black hole guarding the end of time, reciting the equality of all life. If one day we traverse on the light of technology through the borderline of life and change the meaning and form of death, enabling your loved ones to take on a digital form and remain forever with you, would this be something you’d accept?
A collaboration between the multidisciplinary choreographer Chieh-Hua Hsieh, technological art studio Ultra Combos, and light design studio We Do Group, The Eternal Straight Line is their latest project after their 2015-piece Second Body, and for the first time also features the work of cloud designer Shu-Yu Lin in defying physical movement through the dance of smoke between warmth and consciousness. As story-telling dancers weave through lights, shadows and mist, holding weightless, formless smoke in the form of weighted emotions, all come together in a provoking discourse of life and death that gazes forward into the depths of the future. 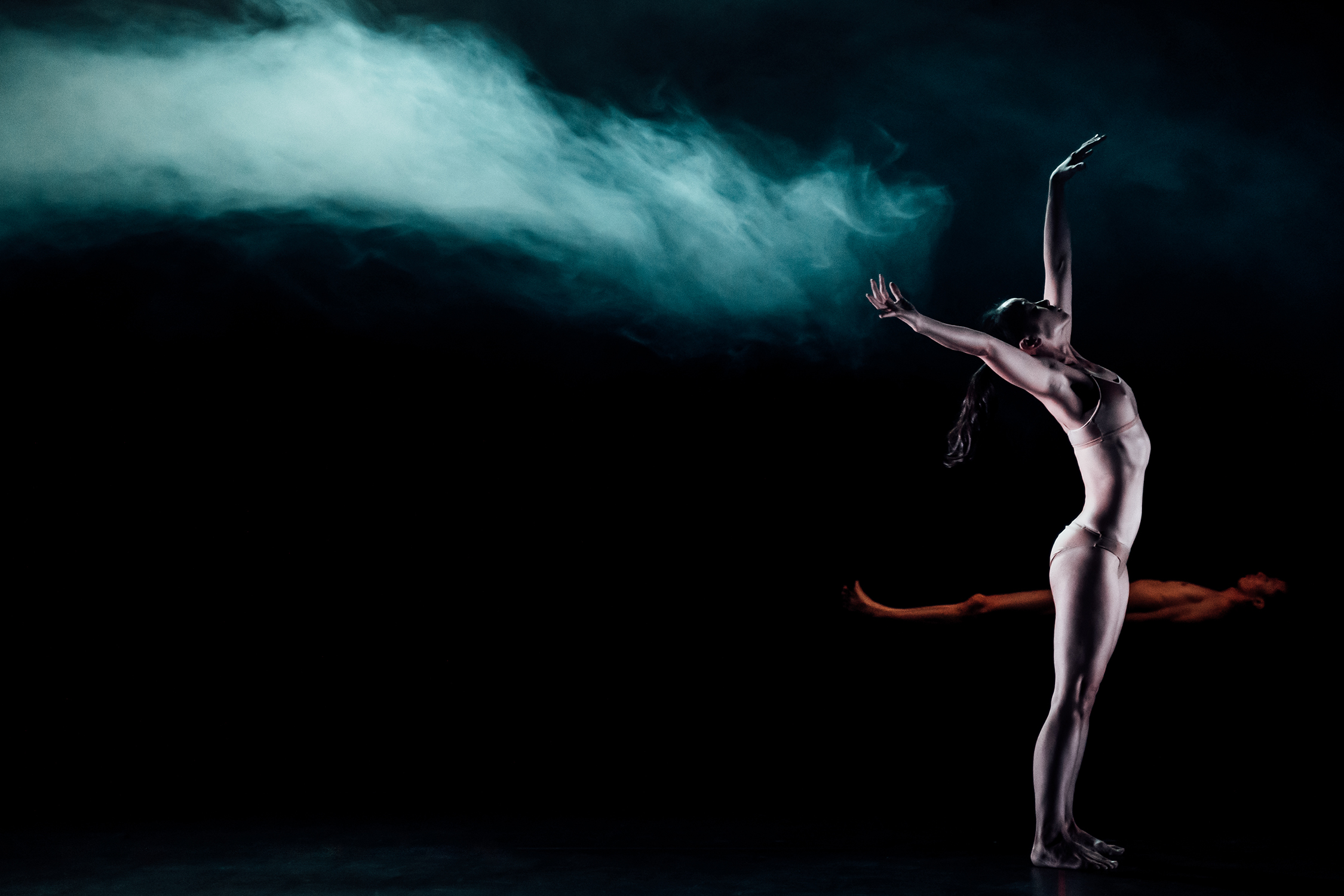 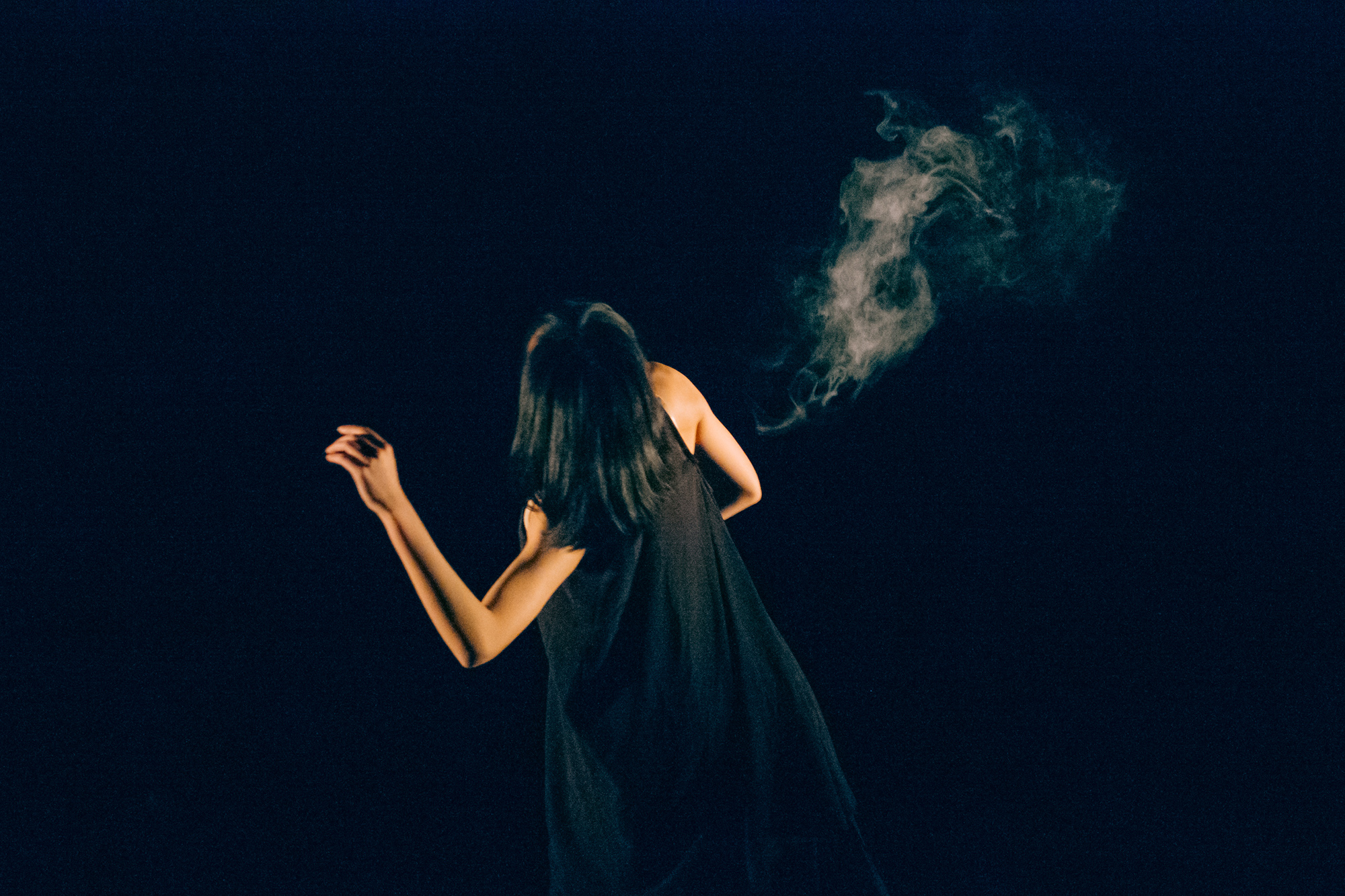 When creating this artwork, I watched Zima Blue, an animated television series on Netflix, several times. One of its scenes has fascinated me profoundly. The scene begins with Zima Blue, an artist who enjoys great success and at the peak of his career, jumping into a pool during an artwork presentation event. He subsequently disintegrates and “dies,” returning back to his original form: a robot that cleans swimming pools. At that moment, all external machine parts that make him who he is are separated from his body, and his pursuit of ultimate truth is revealed: a cleaning robot, what he is initially designed for.

The aforementioned philosophy mirrors that of the East which, combined with the themes of technology and life, resonated strongly in me. I have often thought about how advances in technology have drastically changed our lives and values, and how human values are challenged by technology as it changes the meaning of life and makes it forever-lasting. When humans become immortal, reincarnation is gone and eternal life arrives. However, what will life be like then?

The Eternal Straight Line is a fantasy and imagination that introduce the idea of “death because of technology,” where performing arts are used to deliver a mesmerizing stage performance. The performers go berserk trying to control an uncontrollable smoke, signifying their futile attempt to control death. Behind the beautiful, dynamic smoke are a team of performers who dance with the smoke after carefully considering the direction and angle of the airflow created by air conditioners, the directions of lights, the relationship between smoke and shadows, and their detailed, dynamic body movements. 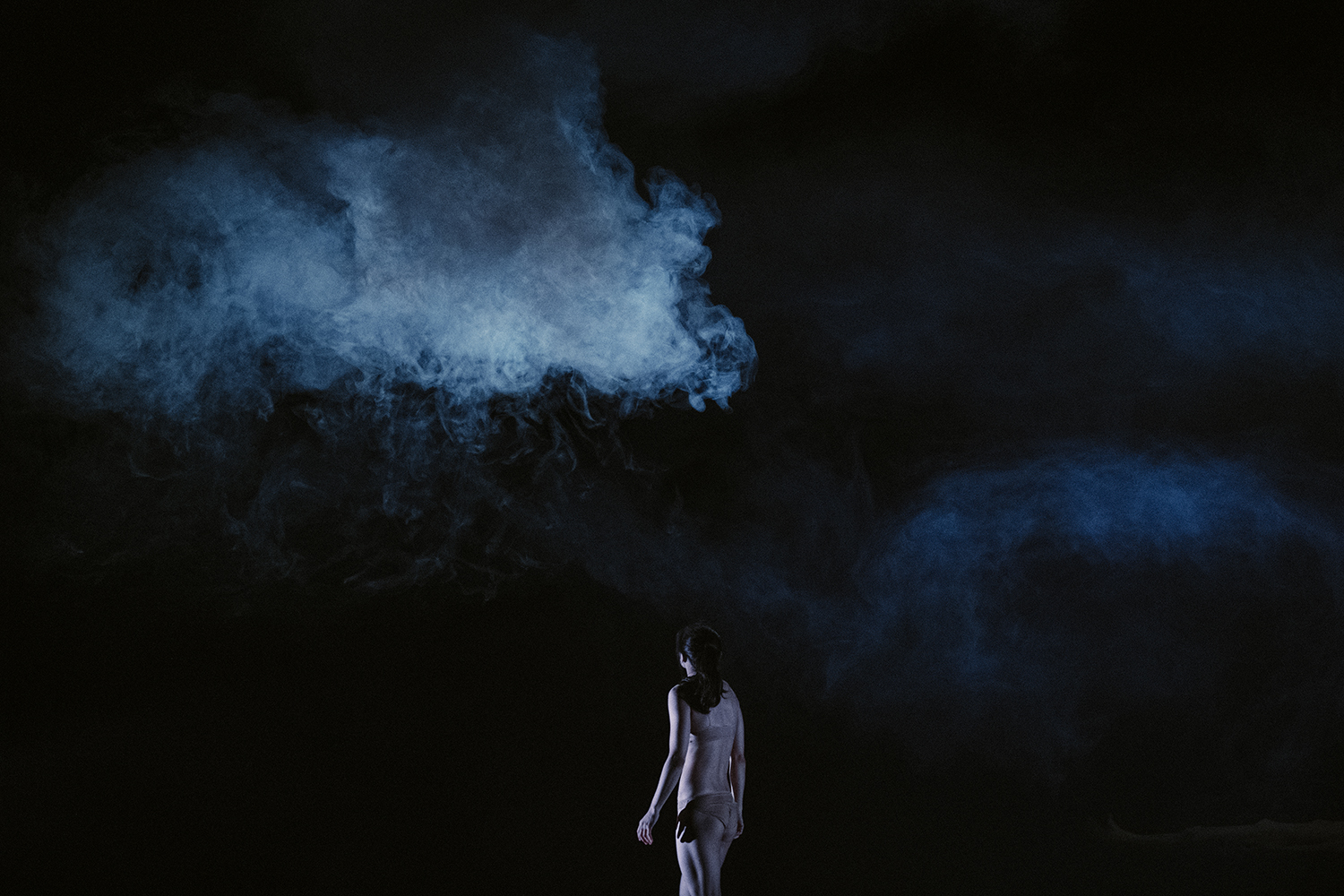 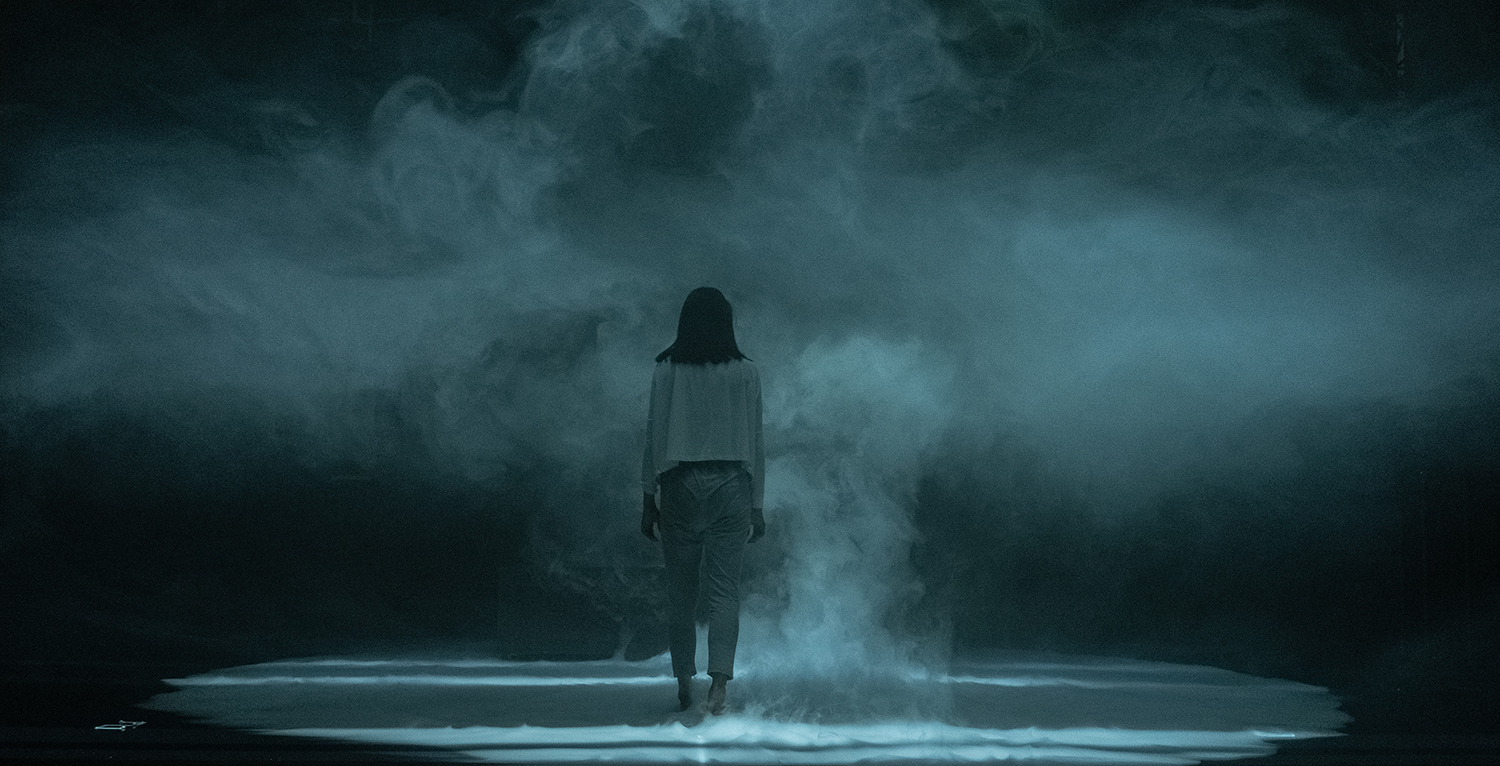 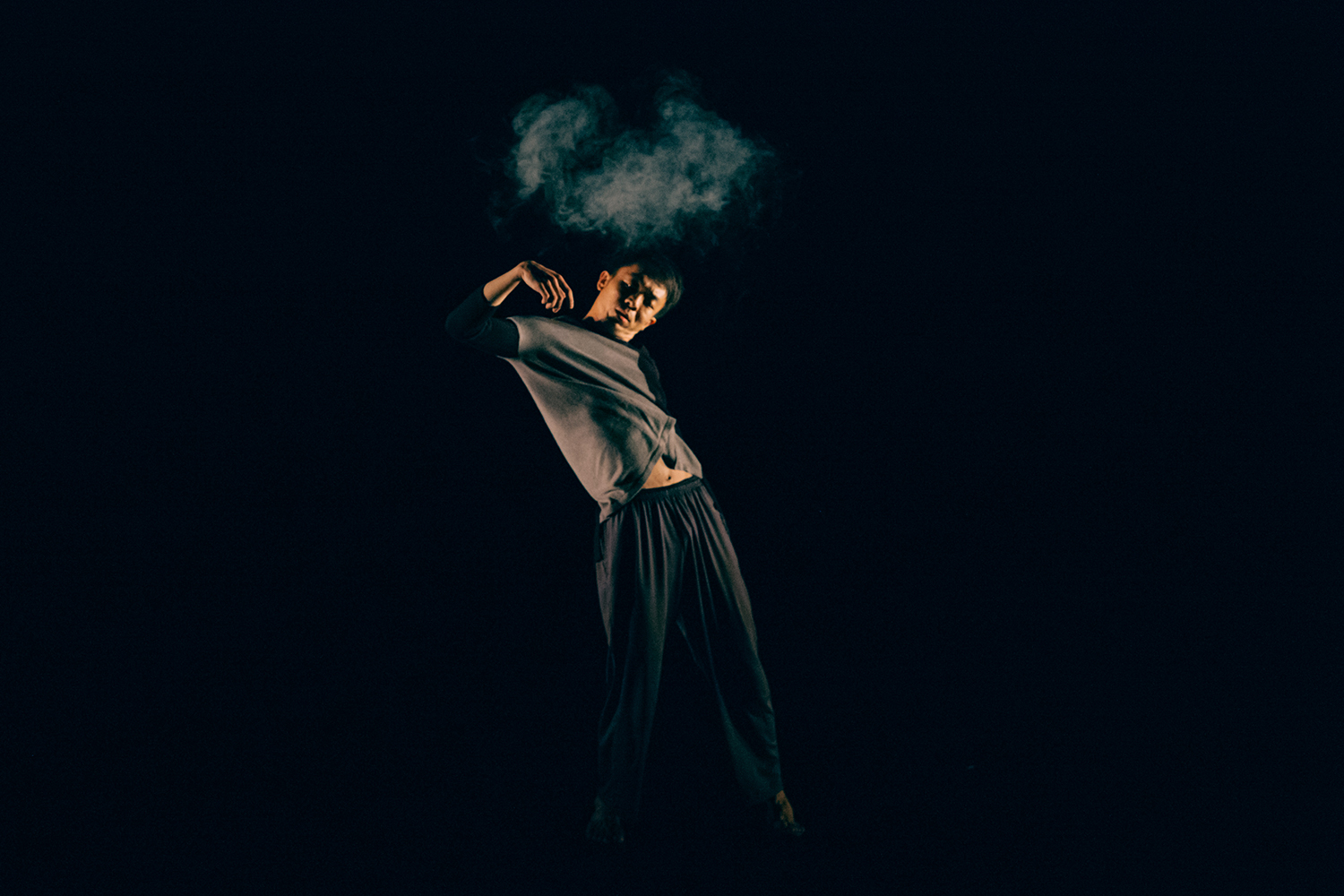 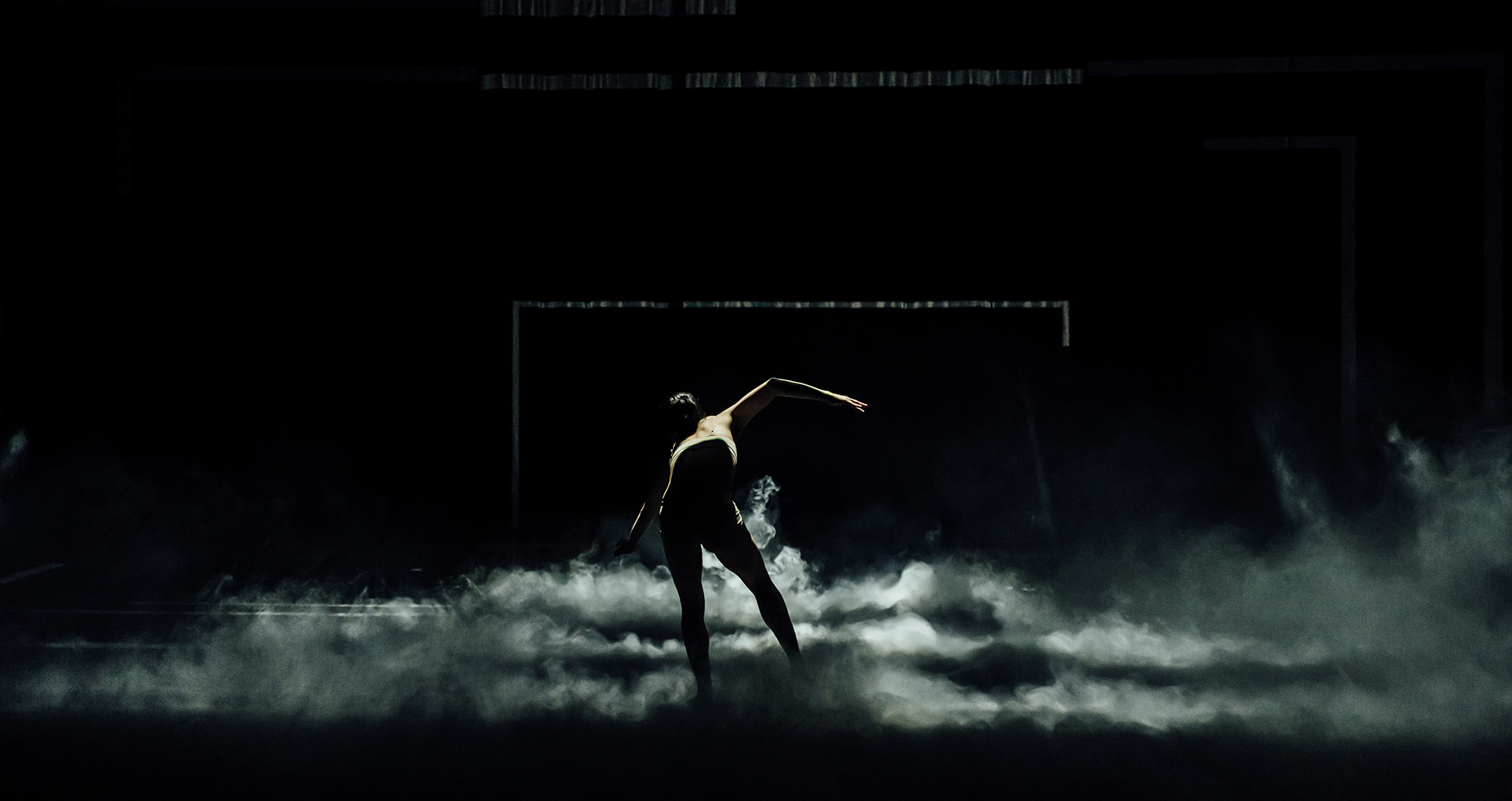 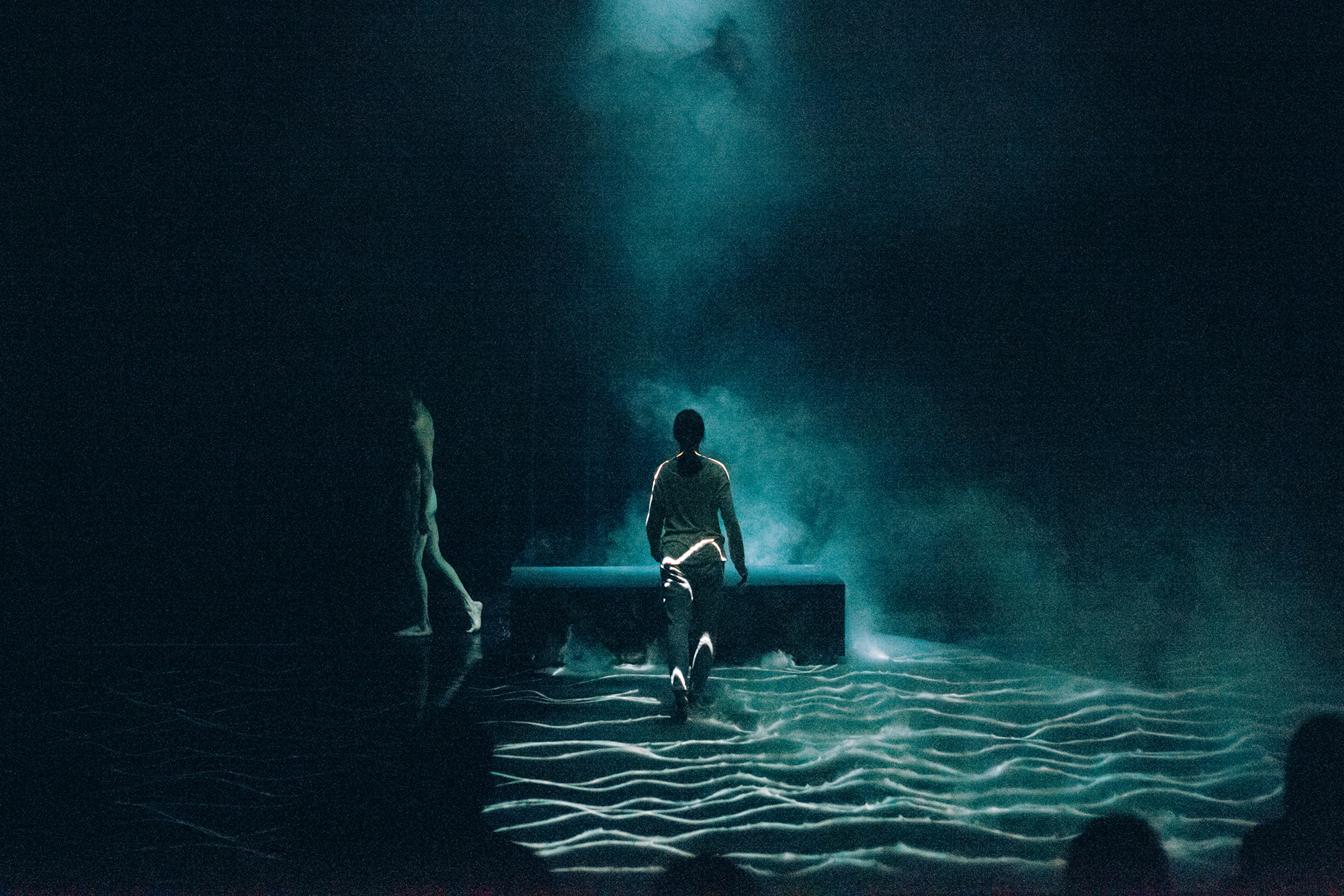 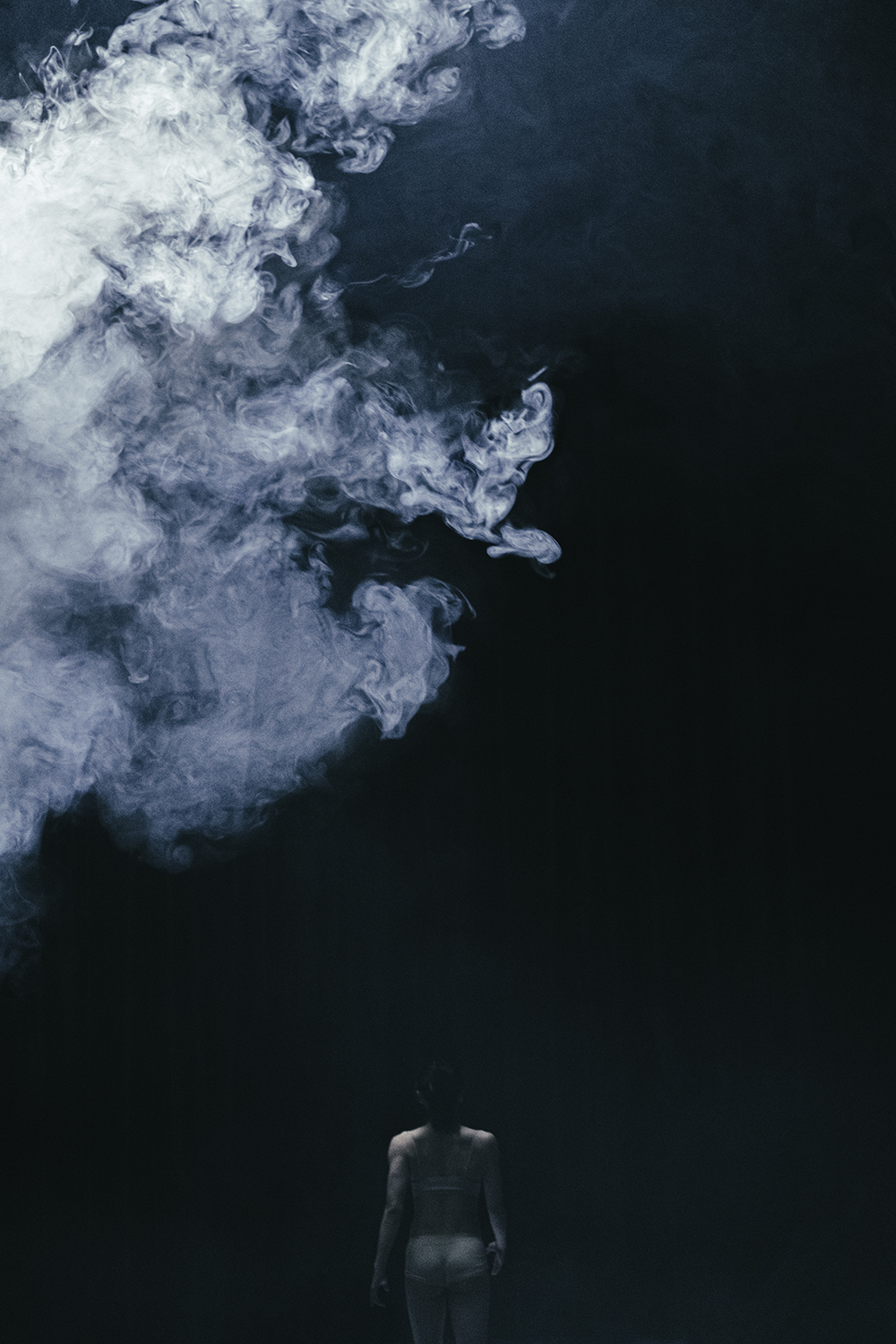 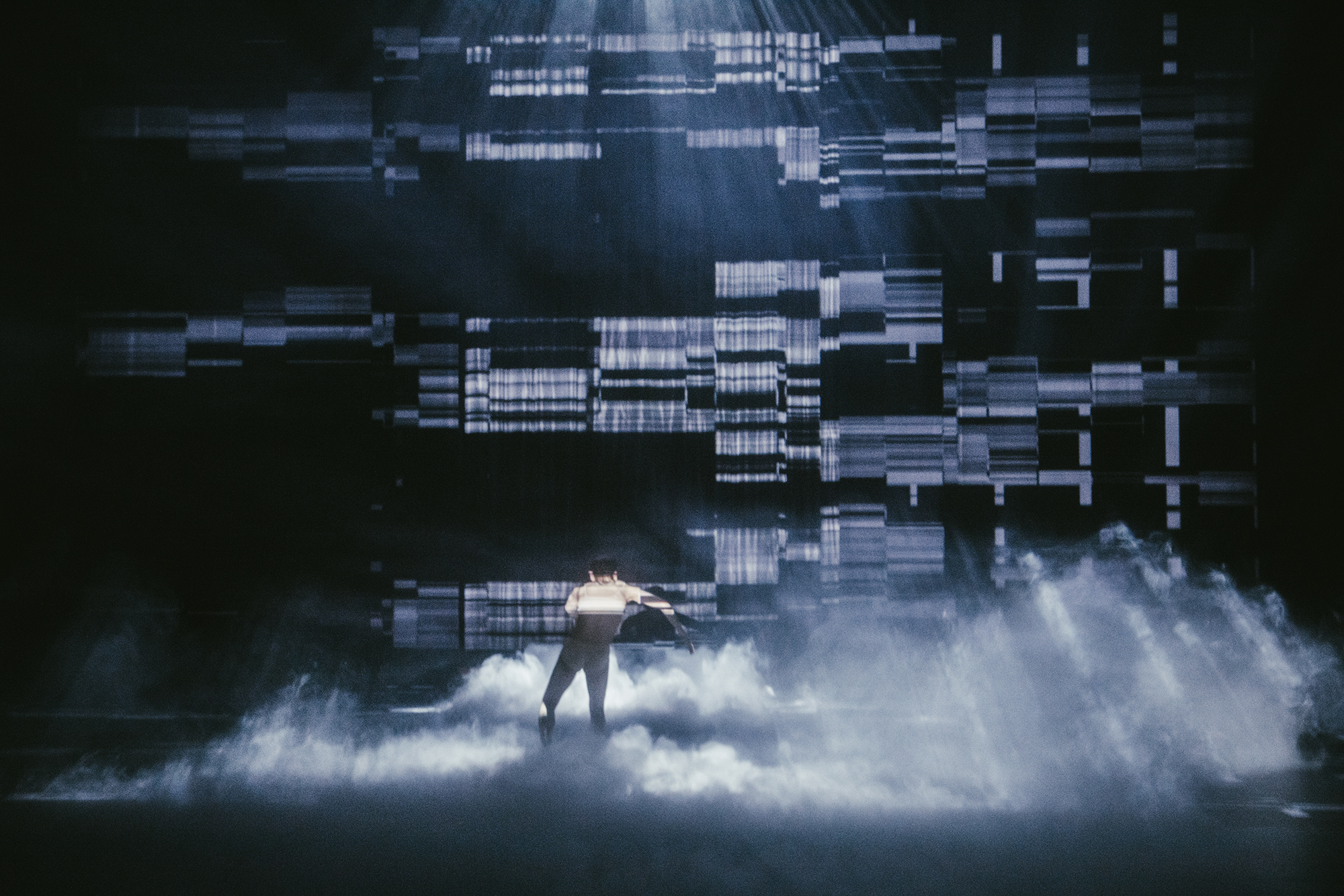